Since 2004, Denmark has systematically monitored the abundance of avian species that form the basis for the designation of the European Union Special Protection Areas (SPAs), under the National Monitoring and Assessment Program for the Aquatic and Terrestrial Environment (NOVANA). The Birds and Habitats Directives require the designation of a network of SPAs as well as Special Areas of Conservation (SACs), where both SPAs and SACs are designated as Natura 2000 areas to protect designated species and habitats (including birds) that require special protection within the European Union. These areas contribute to maintaining biodiversity conservation at national and European levels.

The NOVANA avian species-monitoring sub-program monitors the distribution and trends in population size of key individual bird species within Denmark to provide a basis for assessing their temporal trends in distribution and abundance, within and outside of the SPAs, to strengthen the evidence-based arguments for additional measures to improve the present status of the individual species.

NOVANA bird monitoring under NOVANA during 2004-2019 covered all of the regularly occurring bird species listed on Annex I of the Birds Directive and all of the migratory species that are also included in the formal design criteria for one or more SPAs.

In 2019, as a requirement under Article 12 of the Birds Directive, Denmark provided a database of the population status of its avian species to the EU Commission. As a result of this, the species review in the previous NOVANA report was expanded to include extra information on the short- and long-term trends of bird populations, changes in their distribution and the current threats that potentially affect their numbers and distributions (Nielsen et al. 2019). The results were also summarized in easily understood tables and diagrams in Fredshavn et al. (2019). The presentation of this information in this format is continued and updated with two years of new data in this report.

During 2018-2019, 45 breeding bird species were monitored, divided between two monitoring programmes, known as “Intensive 1” and “Intensive 2”. Both of these intensive monitoring programmes attempt to monitor population sizes and most of this monitoring takes place on the SPAs where the species are listed as contributing to the SPA designation of a given site, although for some species, monitoring takes place nationwide. The Intensive 1 programme includes species that tend to be site faithful, returning annually to known sites. Among the 33 Intensive 1 programme species, there are five declining species, including sandwich tern Thalasseus sandvicensis and dunlin Calidris alpine schinzii, 14 species that are stable or fluctuating, such as bittern Botaurus stellaris and black tern Chlidonias niger, while spotted crake Porzana porzana, caspian tern Sterna caspia and 10 other species are currently increasing. A single species, the hen harrier Circus cyaneus has not been registered as a breeding bird throughout the NOVANA period 2004-2019.

The Intensive 2 programme primarily includes rare or irregularly breeding species as well as species whose occurrence are difficult to predict. Of these, seven out of 11 species are increasing, including Tengmalm’s owl Aegolius funereus and golden eagle Aquila chrysaetos, while a single species, the tawny pipit Anthus campestris, is declining. Another species, the black stork Ciconia nigra, has not been recorded breeding in Denmark during the NOVANA period. The remaining species have stable or fluctuating populations.

The report also presents monitoring data relating to 49 migratory bird species, including two which are monitored separately at the subspecies level (bean goose Anser fabalis and brent goose Branta bernicla), resulting in the presentation of data from 51 taxa. Of these, 36 taxa are monitored through midwinter counts, among which, scaup Aythya marila show a long-term decline, while several other taxa appear to be in decline in the short-term, including taiga bean geese Anser f. fabalis, tufted duck Aythya fuligula and common scoter Melanitta nigra. Most of the other taxa show stable or fluctuating numbers (e.g. mute swan Cygnus olor, goldeneye Bucephala clangula, goosander Mergus merganser and red-breasted merganser Mergus serrator) or are increasing (including whooper swan Cygnus cygnus, almost all other goose species, several dabbling duck species and the smew Mergellus albellus). For seven taxa, the status is difficult to assess, especially among maritime species such as the divers and marine diving ducks and auks. For all marine species, the recent instigation of modelling abundance estimates based on aerial survey data will enable the more accurate detection of future changes in abundance. The annual abundance of many overwintering waterbird species varies depending on the harshness of winter, typically with few individuals in cold winters compared to greater abundance in mild years. This applies, for example, to the Bewick’s swan Cygnus columbianus bewickii, several dabbling duck species and the Eurasian coot Fulica atra, although the coot seems to be in marked decline in recent years, despite a run of relatively mild winters.

Results are also presented for several species monitored at other times of the year than in midwinter. This group includes mainly wader species, many of which pass through on migration in large numbers but, with the exception of a few species, do not overwinter in Denmark. Most of the wader species show fluctuating numbers, but Eurasian Oystercatcher Haematopus ostralegus and Red Knot Calidris canutus appear to be in decline. Autumn counts of all dabbling duck species also show stable or increasing populations in recent years, but the Pochard Aythya ferina is declining.

In the late summer of 2018, a nationwide census of moulting waterbirds was conducted. This count is only carried out every sixth year under the NOVANA programme, but since there are counts of moulting waterbirds dating back to the 1980s, the count in 2018 represented the sixth of its kind and the seventh for Mute Swan. Focal species for this survey are Mute Swan and several species of diving ducks, which moult in large numbers in Danish waters. A total of 69,400 Mute Swans was counted in summer 2018, a tripling of the moulting numbers since the first moult count in 1968, although the increase in recent years partly reflects improved coverage in summer 2018. Nevertheless, there is no doubt that more and more Mute Swans are moulting in Danish waters over this period. The distribution of moulting marine diving ducks appears unchanged compared to numbers in previous surveys, although the true changes in their abundance is more difficult to determine because of changes in the methods used to count them from the air that occurred between the 1980s and the recent NOVANA programme surveys. 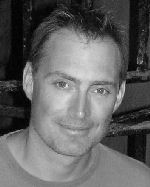